Mmm. Sussex crabcakes! Or! At last the vis is improving!

6 divers headed for the south coast on saturday. 90 minutes and a fuel stop for Seaking later and we were loading and preparing to launch. Hopes were realistically low given the murky start to the season but we headed out for the 30 minute run to the wreck of the TR Thompson. We were joined on site by Bucaneer from Shoreham. Mariusz and Richard were first in followed by Pete and Dave. Roughly 40 minutes later Mariusz and Richard surfaced so Kirstie and I could get our dive in. Reports on the vis were described as “stellar” so we eagerly rolled off and headed for the shot. Wow, some vis at last, 5m and a great dive on a great wreck, well broken up but some nice big chunks from stern to bow. Lot’s of fish, lobster and crab (yum). Pete, Richard and Dave all went for a second dive on Seaford ledges reporting 3m vis.

Get your name down on the board, next dive 22nd June, speak to Dave Tresidder. As always open to all, reduced cost if you can only do one dive on your qualification. 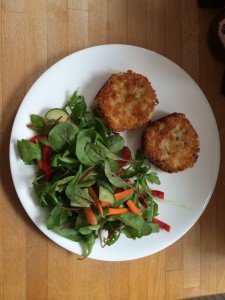