The day was gloomy, but the mood was sunny on the O2 Administration course we ran this Sunday (6th March). This was a BIG event with at least 22 participants (excluding, but not forgetting, a clutch of long suffering Resus Annies).

The first lecture done, we were all out with the Resus Annies, and everybody seemed to be very competent with their skills. After lunch Tony gave a very memorable demonstration, of what happens if you hold your breath when ascending. Tony’s fantastic model and its shocking finale will be sure to make everybody a little bit more keen on not holding their breath!

After all lectures and practicals finished, the scary written exam was taken, followed by a final examined practical. Everybody passed, everybody worked really hard, and everybody seemed very happy with the day!

Big thanks to those who helped out with the event, and three cheers for Elaine, our Training Officer, for her mega organisational abilities! 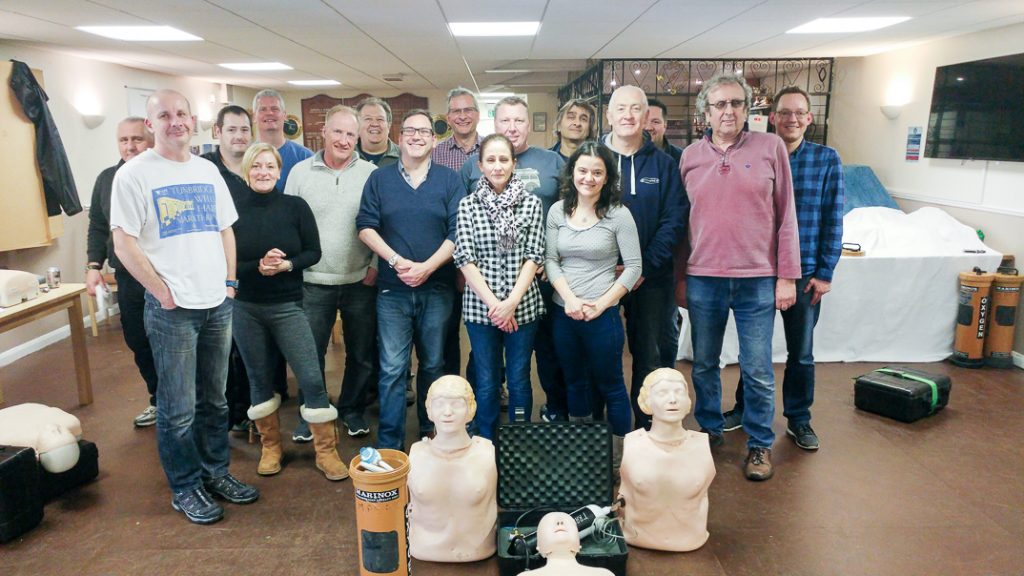 Photos below by Barry ‘Badger’ Duplock unless otherwise stated.