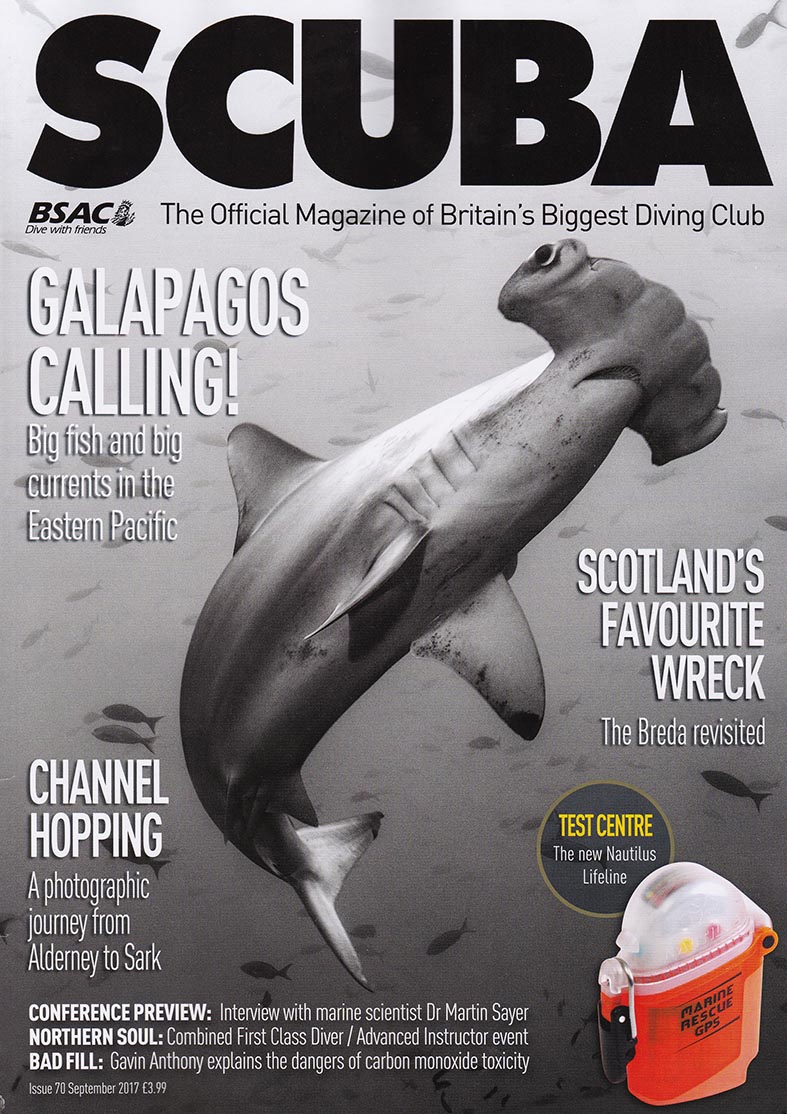 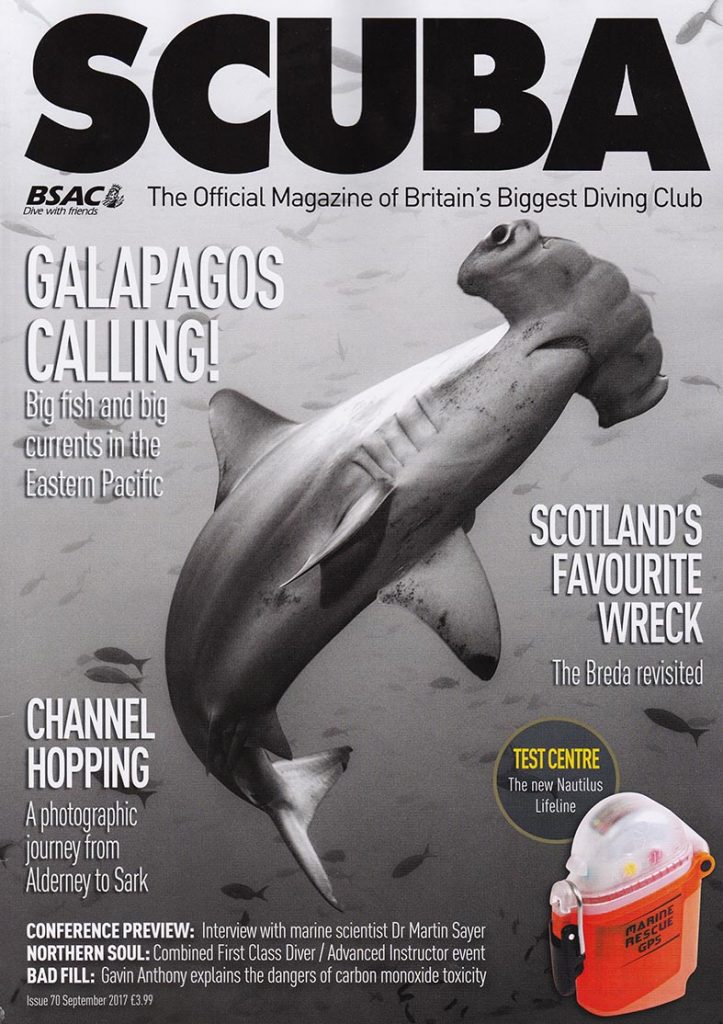 Back in May (2017) a group from the Elmbridge and Kingston Sub Aqua Club set out on a 3 week holiday of a life time (Ed. OK ANOTHER ONE!) to the Galapagos via Peru…as you do!

For those of you who missed that trip report please find Kev’s write up and photos here.

While on this trip the group found themselves on the same boat as BSAC’s very own SCUBA magazine Editor Simon Rogerson…who is rather good at underwater photography. (Ed. Simon is the guy on page 3 of this month’s SCUBA magazine wearing rubber and kissing a seal (…that sentence seem wrong on so many levels ;)…not that I am at all jealous that Simon gets to go be Editor on such luxury trips, owns lots of expensive camera gear, and get paid at the same time…while I only get to edit club trip news on the club website…sniff) 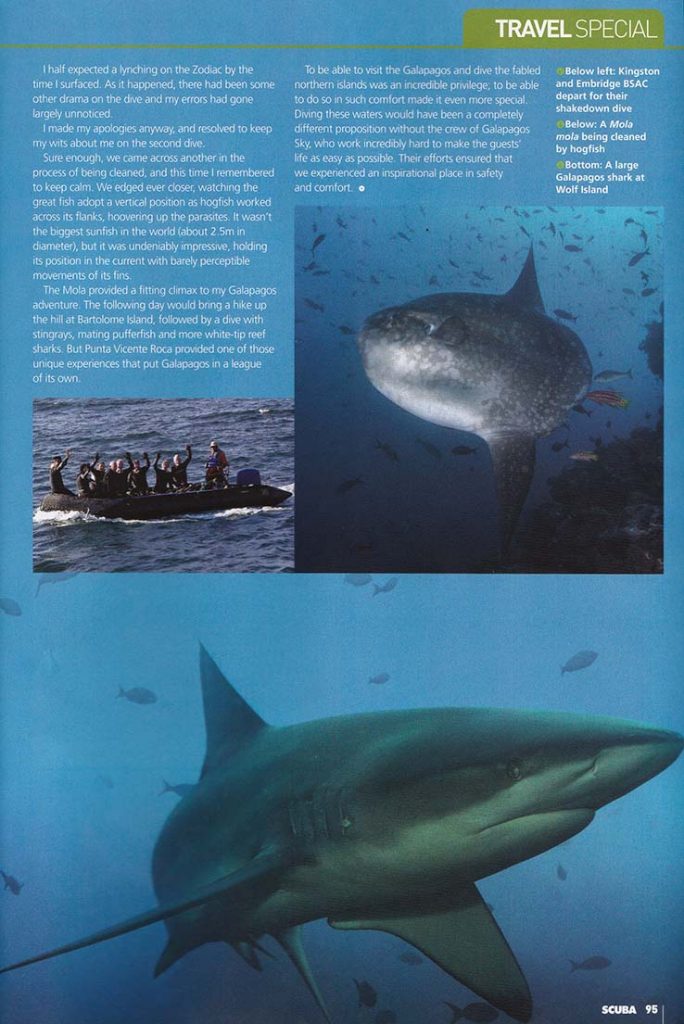 On page 95 you can see the Happy Glampers Glamping – Simon’s titled it “Below Left: Kingston and Elmbridge BSAC depart for their shakedown dive”…I’ve zoomed in…and yep we know that motley crew very well!  Well done guys. 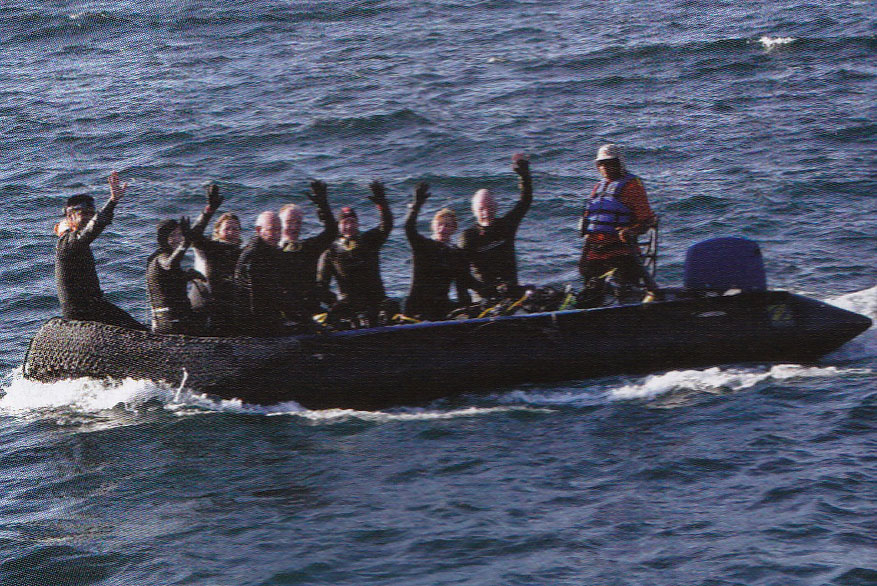 Also if you missed it, David Attenborough narrated a BBC documentary on the Galapagos Island’s that came out on TV just when the group returned….as if to rub salt into the jealous wounds of those left behind.  Here’s a trailer and insight into why you would want to go Dive there..worth watching again.