One Fine Day in August

We’ve had some very mixed weather this summer but on Sunday 13th the sun was shining, the winds had dropped so the sea was near flat calm and we took the club RIB, Sea King, out for a dive at Newhaven. 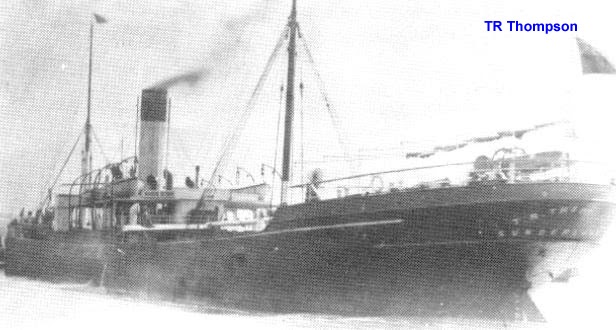 With just four of us – Dave T, Richard, Lucy and myself, Jonathan – the boat was prepared with great efficiency, sets loaded, the RIB launched and having notified the coastguard of our dive plan we got permission from Newhaven Harbour and were on our way. Just 30 minutes later we arrived in good time for slack water at the TR Thompson, where Dave effortlessly shot the wreck (making it look so easy) and we waited for the last of the tide to stop running. Another RIB arrived, also with four divers aboard, and we agreed they could use our shot line.

We dived in two waves, Dave and Jonathan in as the first pair, and having descended we checked the position of the shot and clipped on a lifting bag to aid it’s later recovery. Whilst the surface was near-perfect conditions the underwater visibility had been affected by the earlier deluge of rain midweek, followed by strong winds, but even so the 19C temperature at 32m depth and 4m vis was more than acceptable, albeit not a “Go Pro moment”. But if you want to see footage of the wreck check out our website post when we last dived the TR Thompson on 9th July. 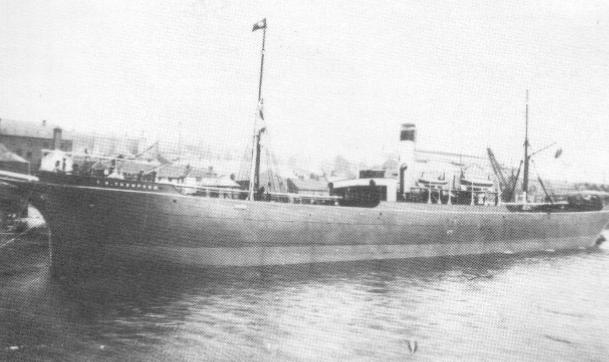 The shot was towards the stern and we made our way around the rudder, the more observant noticed the spare propeller on the deck, and then headed over the exposed parts of the engine to the massive boilers. Fish life was abundant, with plenty of bib and some large pollack quite happy with us swimming through them. We also saw some of the usual wreck inhabitants: edible crabs, lobsters and a conger (all fingers were kept safe on this dive)!

Without a nitrox fill my deco time was beginning to clock up after only 25 minutes, and as we also had a second wave of divers to consider, it was time ascend. Richard and Lucy followed us in, Lucy having the opportunity to show some of the dive leader skills she’d practiced just the day before at the club’s Vobster training day.

On the surface I got to drive the boat, practising some slow speed manoeuvres and diver pick-up under close instruction from Dave, it being both some time since my Boat Handling course and the last time I’d been on the RIB and able to drive it. Then with the clock against us to head back and get the boat out of the water before the marina shut, I also enjoyed taking us in at faster pace, learning how to follow in behind another RIB to give us flat water, or steering well outside their wake to ensure a more efficient (something to do with avoiding cavitation) and comfortable ride! Again, a group effort got everything washed and stowed before the marina closed it’s gates and we headed home.

I haven’t been on the RIB for a few years, and maybe it was only having four divers and twinsets on board (plus the stage cylinder Richard never goes anywhere without), but there was none of the faff I remember or hassle getting into a twinset balanced on the tubes whilst kitting up. Or maybe the fine weather, a good dive, a fantastic experience driving the boat and only £8 cost for the fuel all added up to a great afternoon and a positive memory!

Thanks to Dave for organising the day and sorting all the “boat bits”, plus fellow divers Lucy and Richard for making up a four and allowing the dive to happen.

Thank you Jonathan Markwell for a great trip write up.

Kingston and Elmbridge BSAC always have dive trips going on either on our own Sea King RIB, out of Newhaven, or charter boats (here and abroad) throughout the diving season.  Please get in touch to find out more.

If you also want to learn to dive and not fork out a fortune on holiday and learn at your own speed then we have lots of Ocean, Sports and Dive Leader training going on at the moment as well as other extra adhoc courses on topics such as compressor training, dive boat and cox training, first aid, rescue management….