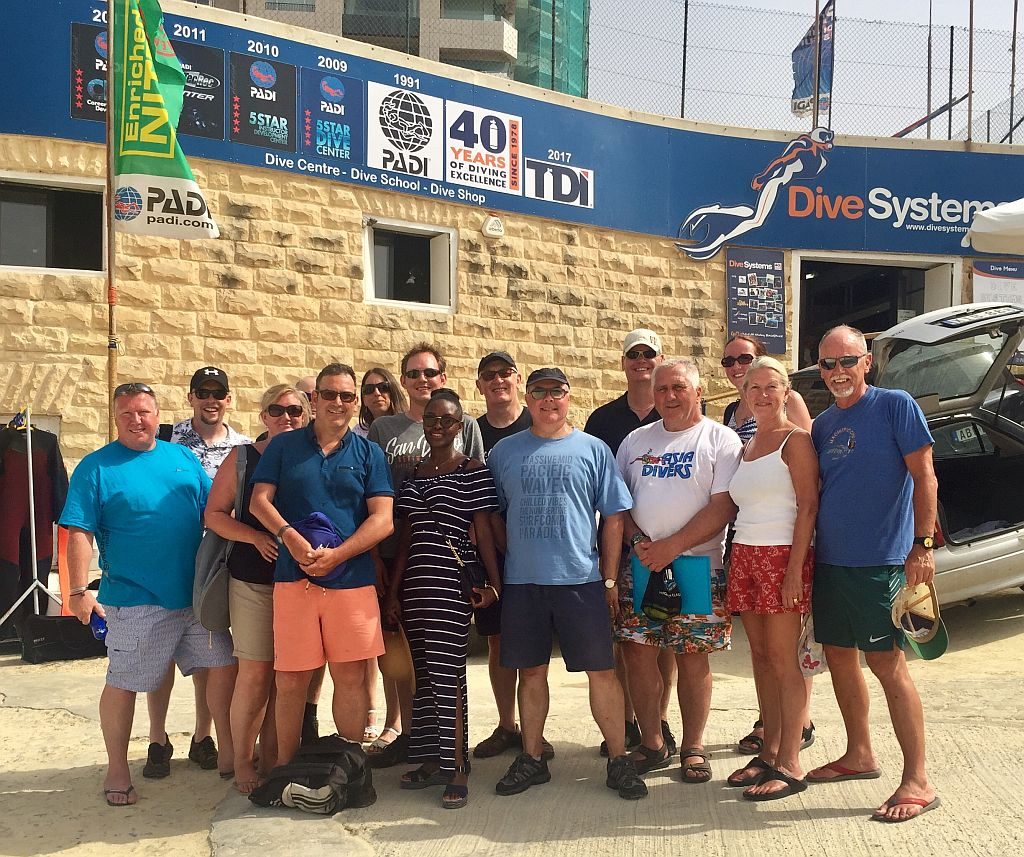 “The Maltese archipelago lies virtually at the centre of the Mediterranean, 93 km south of Sicily and 288 km north of Africa. The archipelago consists of three islands: Malta, Gozo and Comino with a total population of over 400,000 inhabitants occupying an area of 316 square kilometres.

Malta is the largest island and the cultural, commercial and administrative centre.” Visit Malta

Malta is also where Malteser Chocolates come from, the recipe for which was once guarded by the Maltese Knights of old.
(Ed. Kidding (Sadly), fake news…A Malteser in Malta wouldn’t even make it into your mouth without melting…such was the heat during our trip) 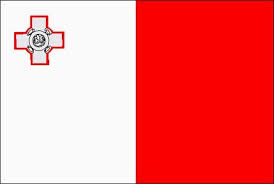 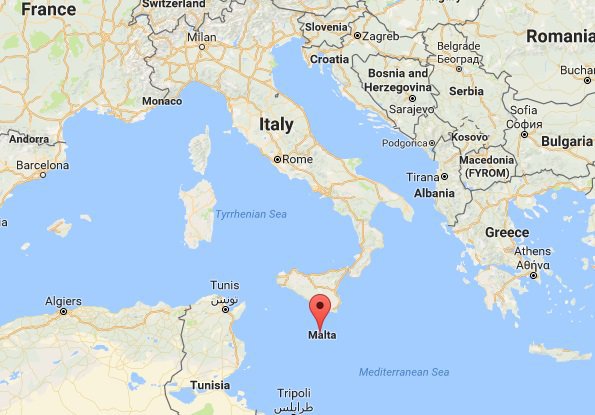 Map and Location of Malta

The trip consisted of 19 club members and 6 non-diving partners with all but two (explain later) staying in the Hotel Cavalieri, St Julians Area of Sliema Bay.  The hotel had fantastic views over the harbour and lots of bars and restaurants inside and surrounding the hotel which allowed the different couples and groups to go off and explore after a days diving.

The hotel was only a 10 minute ride in Dive System vehicles to the centre, who came picked us every morning…only prolonged by waiting for late arrivals! (Ed.  Don’t be late, even if by 2 minutes….take it from me the amount of grief you get the whole week long!!  Still at least they didn’t leave me behind….). 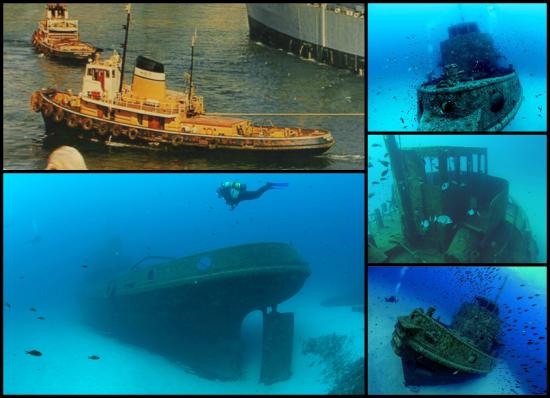 At the end of the diving day we could then either take a bus back to the hotel or a 30-40 minute stroll.  (Those none divers…and Adrian, found bus services very good and allowed them to explore other areas and towns while we were diving…however I thought it was a bit 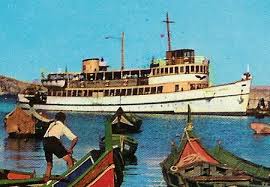 cheeky that locals only had to pay €1.50 and foreigners paid €2…imagine how that would go down in London …but at least it gave you up to 2 hours to go on as many buses as you would like)

Len our club chairman and trip organiser arranged for 5 days, 10 dives, through Malta’s largest and longest running dive centres in Malta – Dive Systems  (40 years…young).  The dives mainly consisted of deep wrecks, a little bit of cave diving with swim throughs and ‘reefs’.  We were told that there was to be no deco diving and the max dive time of 60 minutes was imposed.  All dives were guided by Dive System staff.

There were 2 days of shore dives and 3 days of boat dives.  Having never done any shore diving myself, especially in the heat of the sun in Malta, it certainly was hot in our wet suits and everyone couldn’t wait once kitted up to dive in to cool off!

There were few hurdles not usually seen on the way down to the quarry lake at Chepstow NDAC or the quayside of Newhaven….the sheer number of tourists we had to make our way through for one and on particular occasion bikini clad exotic beauties who had set up shop right next to the entry point.  (Not that I am complaining too much mind you, but did think it wasn’t the brightest of ideas considering the amount of heavy kit we were packing (woof) that could knock them out should any of us stumble). 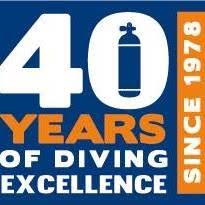 Admittedly they quickly realised that it wasn’t a good idea seeing 20 sweating, red faced, cursing divers of various sizes and fitness, foaming at the mouth and most of whom having donned  saliva smeared masks before entering the waters 3m below in as elegant a fashion that a Giant Stride allows.  We must have looked a right sight!  (For those who don’t know why you spit into your mask it is to prevent the mask from fogging up (we wash it out before descending!)

Needless to say the boat dives were a lot less frantic and for most dive sites we were the only ones out there diving in beautiful clear blue seas thanks to Malta archipelago being formed of Sandstone. Vis was anything from 15m+. 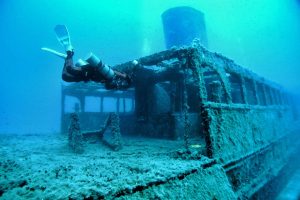 Each dive day started with being collected by the Dive System team from our hotel and dropped off at the Dive Centre, we then had about 45 minutes to kit up using the blue boxes we had been given to put all our kit in and also to collect our BCD jackets and wet suites off the peg.

I brought my 3mm full wet suit, but was kindly given a 3mm shortie to go over the top as many of the dives were in water temperature of around 19-20oC.  I found this kept my core nice an warm.  Even with this level of rubber on, there was always seemed to be thermocline around 19-26m that would make you shudder and think about peeing even if you had peed before diving until you dropped below it to slightly warmer waters. 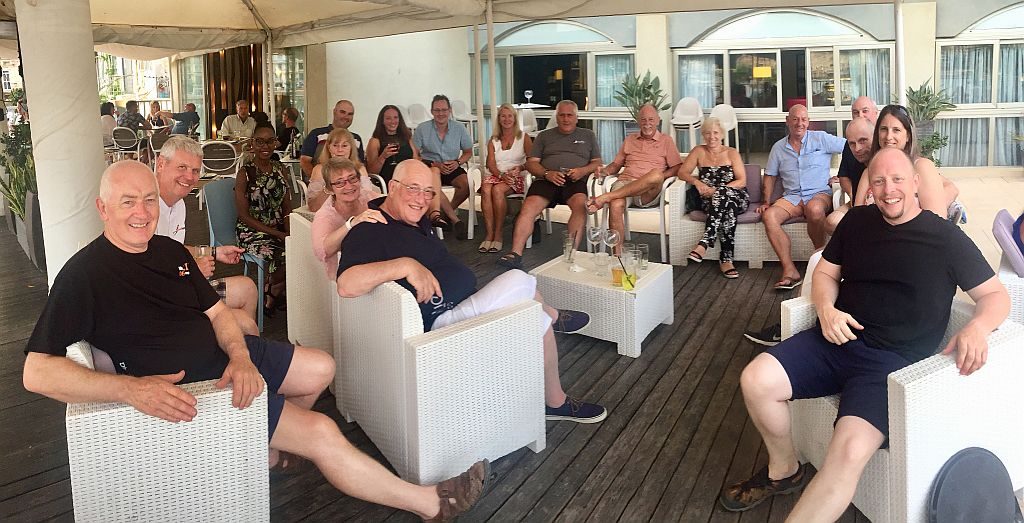 Most of the wrecks had been prepped and sunk by the Maltese authorities over the years as attractions for divers to swim around in.  As the water was so clear around them you could make out every detail of the boats.   It must be said that sea life was not as I have seen on other trips around the UK and Red Sea, especially the diversity and size of fish, something that is concerning for all who live in the Med and dive these sites.

Okay so the first day didn’t exactly go to plan for some people…I left my BCD on the peg back in the dive centre, doh, but fortunately the crew had a backup one that I was able to use and saved my day of diving! Phew 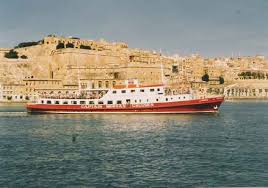 Next, and I don’t really know how to spin/explain for this…but “at the end of Day 1 in the Big Brother Household” all contestants failed to notice that we had in fact left Adrian (bearing in mind he’s got to be at least 6′ 3″) behind at the first dive site….a good 45 minute drive back to the Dive Centre!

Seriously, none of us realised as we drove off into the sunset in 3 vehicles, even after stopping off to eat ice cream for 20 minutes; nor did we realise after unloading the van and washing all our kit to hang out to dry….AND nor did we realise despite seeing his lonely box on the kit room floor and not put away.

I would say we must have been in the beach bar across the way from the Dive Centre…(lovely little bar called the Exiles…great food, great music, great value…sorry back to story) for at least ooooo about 20 minutes before Adrian walked in calmly looking all hot and told us about the journey he had taken using bus No. 222 back to Sliema! 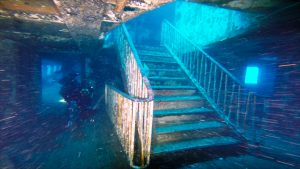 He had gone to use the toilet and through a series of misunderstandings and being that there were 3 vehicles we all thought he was on the other vehicle.  Well at least we know he doesn’t pee in his wet suit!

WHERE WAS HIS BUDDY? I hear you all cry…well he was sitting next to me enjoying a nice cooled pint of the local Sisk Beer of course!  Still I reckon given us another…10-15 minutes longer with the dark night skies drawing in…we would have realised…maybe.  Gulp!!

Needless to say he didn’t have to buy his beer that night and the flip side he could now speak fluent Maltese…or at least enough to buy a bus ticket and haggle for a chicken in the market – Por Favor (Sorry that’s Ian who says that, even in Brussels).

We soon got our kit and routines together over the next few days.  Adrian was never left alone or out of someone’s sight again….even the guides took a special interest in him when counting heads.  A marked man. 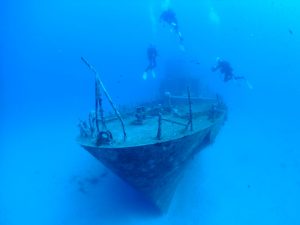 Actually embarrassing situation aside we do dive tight as a club always looking out for each other underwater…which appeared to be something our of the norm for our new guide to Dive System that season…who in the beginning kept looking behind constantly to check we were still together and not spread out all over the place.  One of the things with diving in the UK is that we dare not spread out more than a meter maybe 4m on a good dive or we would never see each other again.  It did make me chuckle that he would turn round and we would wave back…”yep still here, still together!”

That closeness in the club, that constant signalling, eye contact, checking makes diving so enjoyable and safe as we know each others abilities, plus the fun nights out with stories to tell in the club house back in the UK. 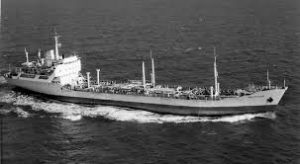 So back to the two who didn’t stay in the Cavalieri Hotel…those being Gieta and Jon.  Gieta’s father was Maltese and along with Gieta’s mother they had bought a property by the sea, not too far from St Julian’s Bay, that they would use for holiday getaways.

Gieta has spent a lot of time and effort doing up her parents property even to the point of sending over a container of good quality used furniture and kitchen (so yes, even the kitchen sink) that she had collected over a few years in the UK.

We were all invited on the second to last night to come round for a roof top BBQ and party overlooking the sea.   Gieta has really done a grand job designing and using the furniture she had exported from the UK, plus the use of lots of photos of her and her family and mementos placed around the house gave it such a homely and inviting feel.  We all brought some food and drinks with us, that Jon and lots of different helpers helped to cook throughout the evening. 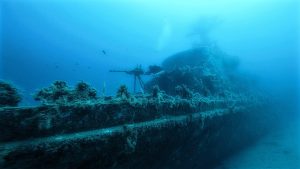 Other memories for me of this trip was how friendly and helpful people were, their love of the England football team beating Columbia on penalties, the warm night strolls around the town, the amazing ice cream (still burning that off in the gym!), the great food and drink of Exiles bar, the friendly and fun staff of Dive Systems and finally how well it had all been organised by Len!  Thanks Len!

And thank you everyone on that trip…Good memories!