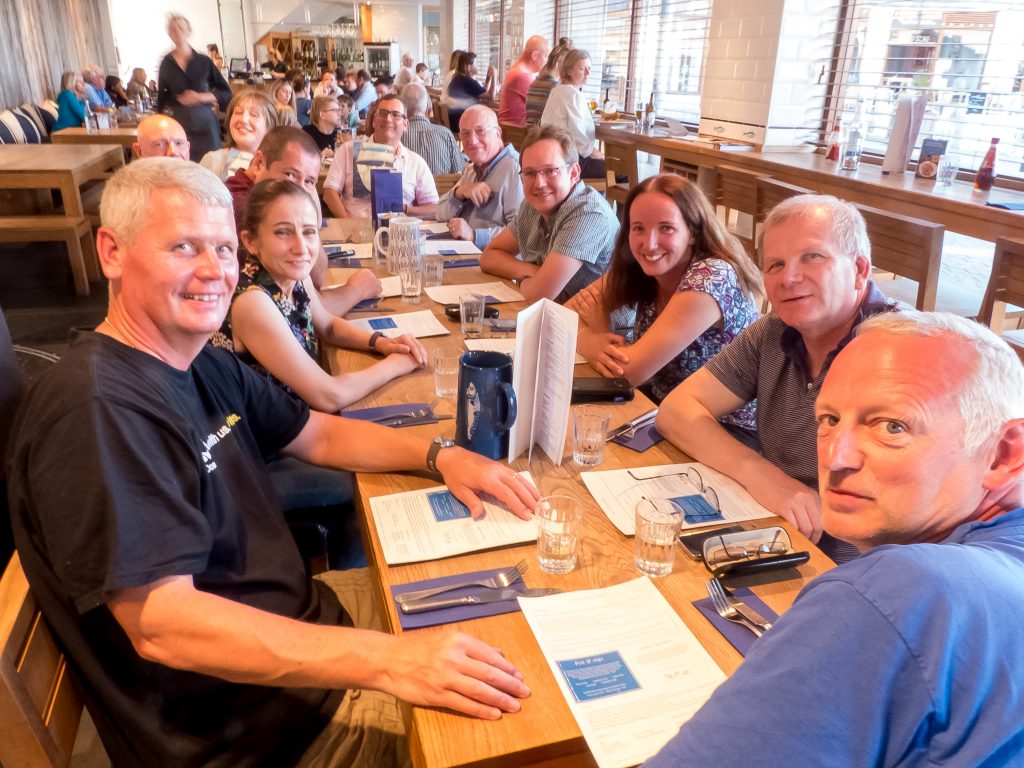 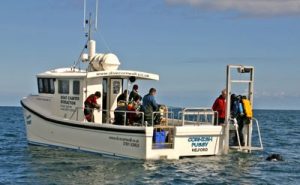 Our 2018 trip to Cornwall was based again in Falmouth staying at the Grove Hotel again. Our host, Geoff, made us welcome with great breakfasts. In the evenings his gin and tonics were just as generous on the gin as last year! We used Dive action again with Gary Fox. He is a very experienced skipper and each evening he took our cylinders back to his base and filled them for the next day’s diving. His boat, Cornish Pussy, worked well and the pick-ups were as smooth as last year.

Our first dive was far from perfect. Adrian must be a strong candidate for the “Wooden Spoon” this year as he realised on Monday morning that he had left his dry suit at home. Luckily Matt had a wetsuit to fit in his cavernous van. This came with a shorty over suit giving the torso area 10mm of neoprene, cosy enough for the trip. Add to that the divers under weighted and regulators not working and we looked far from the experienced dive club that we are!

From there our diving got better, Adrian was trying out a twin set loaned by Richard Hoyle prior to his trip to Scapa Flow. Matt and Nicky took Jon and Emma under their wing for the first two days with no problems. For our first day we dived on the Epsilon and then the Rock Island Bridge wrecks. The visibility was disappointing at around 5 metres. 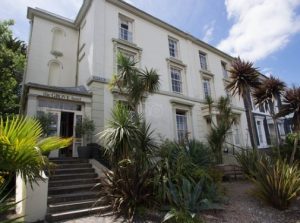 The Grove Hotel – Where we stayed for the duration

Tuesday we dived on the Coroni River (31 metres) and a drift dive on the East Narrows. Visibility was poor at 2 – 3 metres so we were expecting for more later in the week. Wednesday was also poor but Thursday we dived on the Mohegan (32 metres) and the Carmarthan (22 metres). The Mohegan was well stocked with life including lobster, crab, congers and bib. Both wrecks were blessed with up to 5 metres visibility. The novelty of the Camarthan was the boilers. They were upright on their base so stood up like a couple of huge tin cans.

Most of the time we made our own arrangements on food but on the Monday night we all met at Rick Stein’s fish and chip restaurant. On Thursday, our last night, we all ate at a Caribbean themed restaurant called Cribbs. This was voted the best food of the trip, complete with some excellent cocktails.

It was generally thought that we would not use Falmouth as a base next time and that, perhaps, we take a break from Cornwall next year and look to diving from the Penzance area. Gary Fox suggested that we base his boat in Newlyn and this will allow us access to the wrecks in Mount’s Bay and along the coast to Lands End. Gary assured us that these were far better dive sites with, usually, better visibility.

Any takers to run this trip?